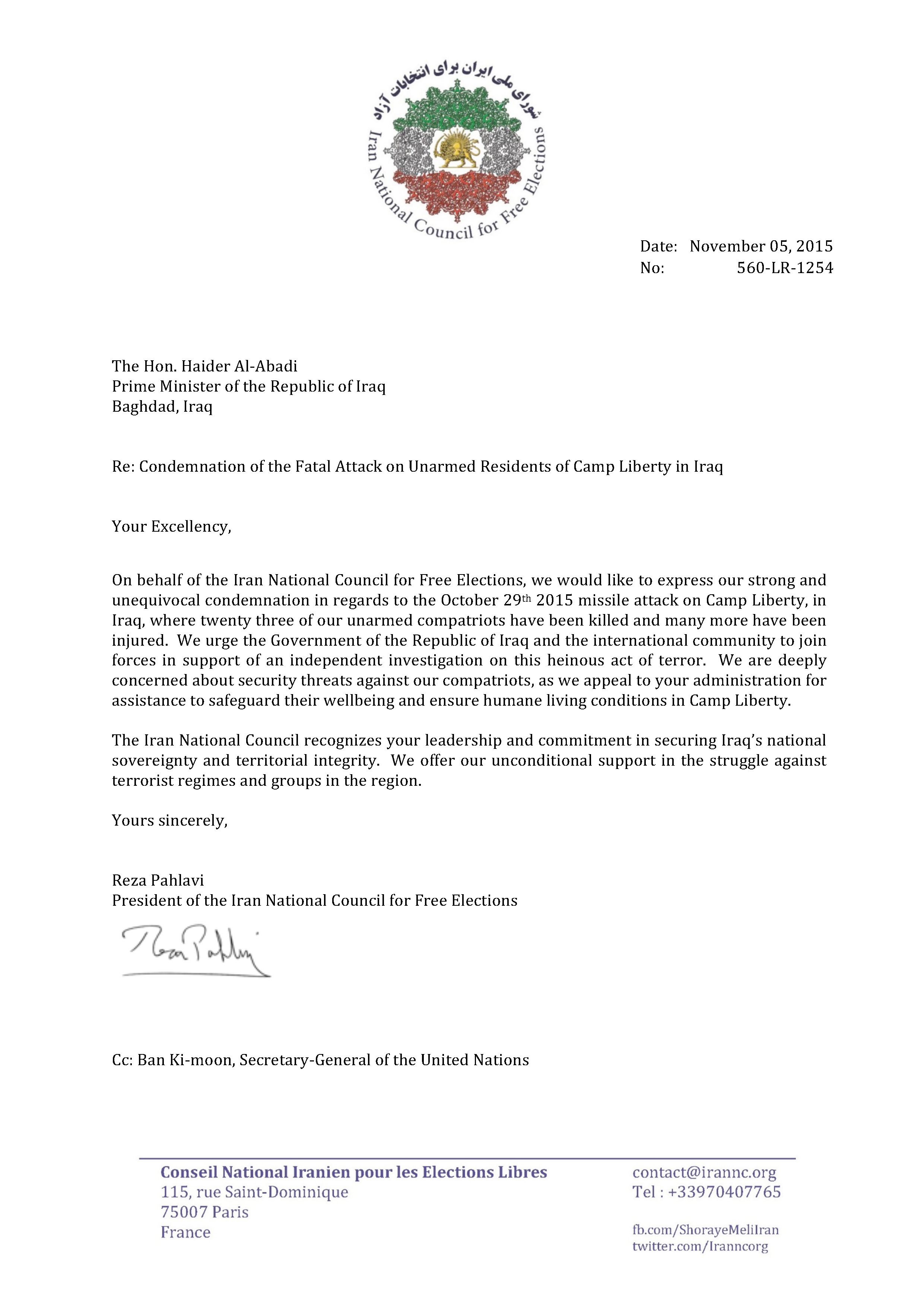 The Hon. Haider Al-Abadi
Prime Minister of the Republic of Iraq
Baghdad, Iraq

Re: Condemnation of the Fatal Attack on Unarmed Residents of Camp Liberty in Iraq

On behalf of the Iran National Council for Free Elections, we would like to express our strong and unequivocal condemnation in regards to the October 29th 2015 missile attack on Camp Liberty, in Iraq, where twenty three of our unarmed compatriots have been killed and many more have been injured. We urge the Government of the Republic of Iraq and the international community to join forces in support of an independent investigation on this heinous act of terror. We are deeply concerned about security threats against our compatriots, as we appeal to your administration for assistance to safeguard their wellbeing and ensure humane living conditions in Camp Liberty.

The Iran National Council recognizes your leadership and commitment in securing Iraq’s national sovereignty and territorial integrity. We offer our unconditional support in the struggle against terrorist regimes and groups in the region.

President of the Iran National Council for Free Elections